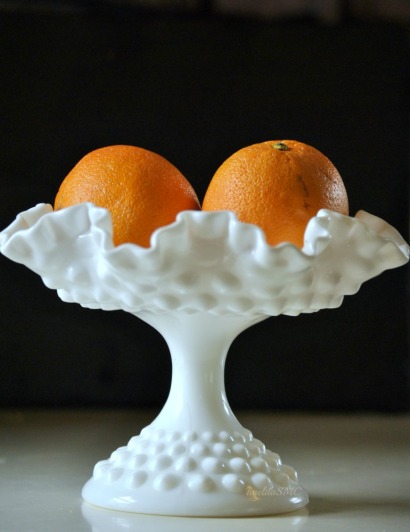 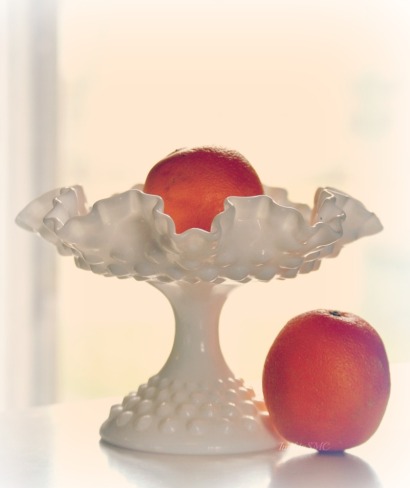 I could not think of anything “O” for this prompt until I went to the pantry to get some onion (now that I am writing about it, Onion begins with an O) and found some old oranges in the produce bin. I could not think of a way to dress up an old orange – put them on the windowsill, arrange them on a clean counter (a feat!), put them inside a glass bowl. Then I remembered that I have a milk glass tray. I liked the ruffled edges of the tray and the white contrast. For the first picture, I used a slate that we keep in the counter to serve as hot pad to give me a clean black background. The second picture was set against our window. The light was in front of me. I used all of the whitening apps in Picmonkey to clean up the background as much as I can.

Thank you FRIZZTEXT for the prompt. Thank you all for coming by. 🙂