I do not know what it is with boys but they like fire. They like things that go ka-BOOM! They like fireworks (even though they were deathly scared of its sound when they were very little). 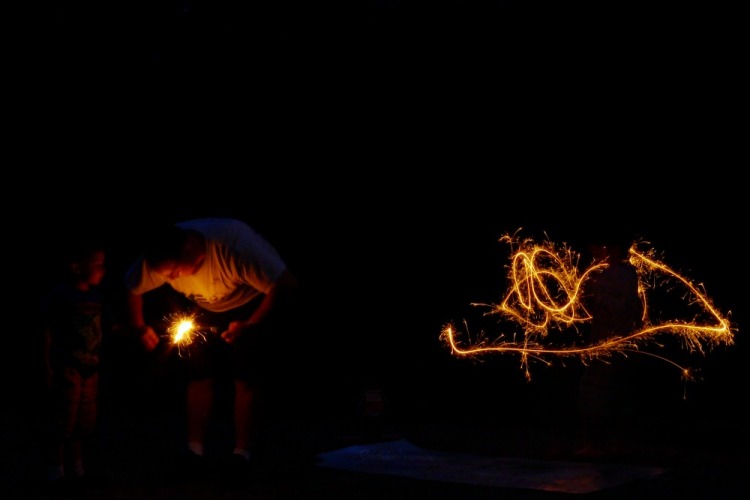 When they learned that fireworks are legal in Maine and that one fireworks shop opened along the highway, they were quite thrilled. One August day when we were traveling up for our usual summer vacation, they begged us to stop at the fireworks place. They got two New Year’s worth of firecrackers and all sorts of stuff. I was horrified at the expense. 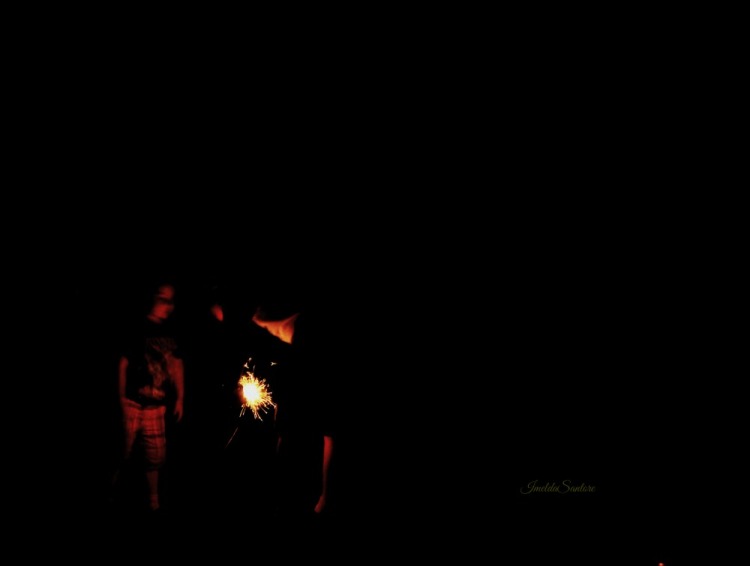 While on vacation, the children perpetually checked the weather to see when the night would be clear and they could have their fireworks.   When the appointed night came, they hurried through their bedtime routine while waiting for darkness to set in.  It comes much later up north in August.   They helped  Daddy set up and bore the mosquito bites just so they could have their few minutes of fun. they listened to Daddy’s instructions about safety.

The night was getting old. The children had to go to bed soon. After they had their fun with their sparklers and little firecrackers, it was time for the finale. If I am not mistaken, these fountain was called Summer. It was worth its name. 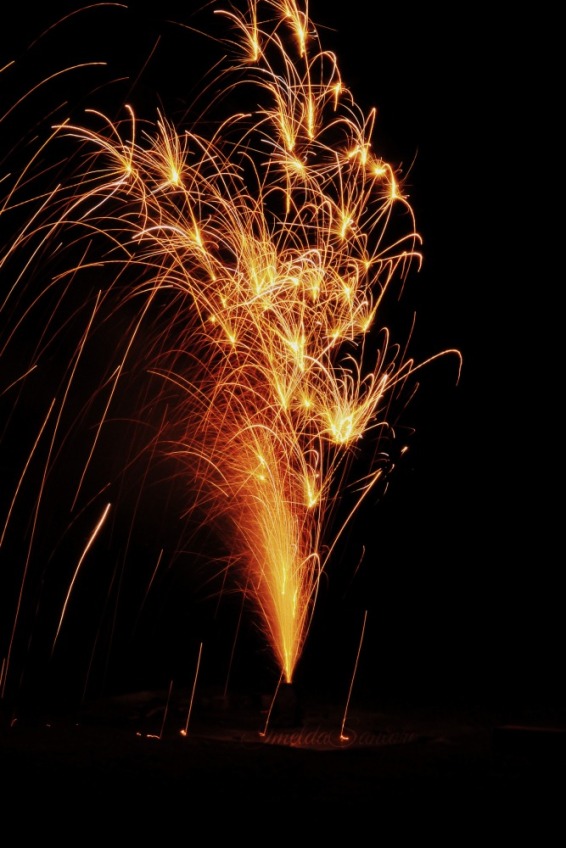 Thank you for coming by. For more Nightime, please visit WPC: NIGHTIME.

19 thoughts on “PLAYING WITH FIRE (for WPC: Nighttime)”